So it’s happened. I’ve found a New York Times article that I can criticize. Ok, ok, it isn’t the first time. But it isn’t something that happens often.

Admittedly, I’m a card carrying worshiper of the “gray lady.” I can’t help it. (Yea, I’m elitist, what of it?) And far be it from me to take pleasure from critiquing another’s work (heh), but this article:

http://www.nytimes.com/2011/05/19/us/19schwarzenegger.html?_r=1&hp had me yelling at the computer screen –with people surrounding me who were doin 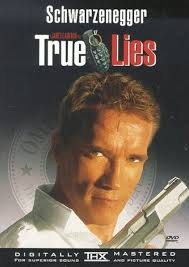 g their work, which I was, admittedly, neglecting to do—and patting myself on the back for recognizing its ickiness.

Now, of course, The Times couldn’t not report this whole Schwarzenegger debacle. I’m just as frustrated as the next concerned citizen with the amount of coverage celebrities get in comparison, to say, natural disasters occurring in the world, and hey, will you look at that, our own country. But, I mean, even the gray lady’s got to play the media whore now and again. And sure, this seems like the next big distraction (hey did something, like, happen in Libya  or something?), as we shuffle from big-name breakdowns, drug addictions and different degrees of “winning.”  It’s Schwarzenegger’s turn, and someone will inevitably follow. And true enough, I don’t give a flying-you-know-what (look, ma, I’m being tasteful!) , if Mr. Schwarzenegger wouldn’t have won the governorship if his infidelity had surfaced sooner. The man was the terminator. Of course he would’ve. This is America, after all.

But I’m not debating the attention given to this idiocy, believe it or not. It’s the lede of The Times’ story with which I take the most issue:

“She moved here nearly a year ago, to a four-bedroom home with a pool in this middle-class community more than 100 miles from Los Angeles and the Brentwood mansion where she had worked for 20 years. Mildred Patricia Baena had been a housekeeper for Arnold Schwarzenegger and Maria Shriver through his years as governor, retiring some time last year.”

I understand wanting to approach this tactfully, to separate The Times definitively from tabloid coverage (which, nice try, but you can only do so much to hide sensationalism), but does this mean the lede has to be so goddamn boring? And wordy? And, well, terrible?

The article doesn’t do much to redeem itself after this, either. It’s much of the same wordiness. It’s the same robotic writing. Of course, as a reputable news source, there’s a difficult balance to be achieved between reporting and sensationalizing, but that doesn’t have to mean sucking the life out of a story that practically writes itself.