It’s been a while since I’ve buckled down and written something for this thing, but I’d like to jump back into it, coinciding with my maiden voyage into independent living. 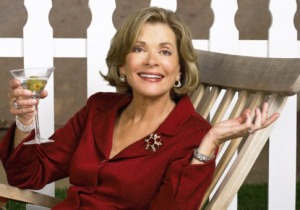 Living on my own? Piece of cake.

I’ve taken note of a few changes since moving into my new digs. I haven’t quite attained the Carrie Bradshaw glow — though I’m sure the self-narration is imminent.

But since settling in this northwest-Jersey hamlet, I’ve noticed that I have acquired fears that I can only assume are the mature disquietude of my fledgling adulthood.

I am seized by the sudden, very real fear that I will leave (or have left) my apartment without pants. I’ve grown accustomed to the safety of an interception by one or all of the three women in my family, or at the very least, the unwelcome interjection of my father, who has insisted, on more than one occasion, that my wardrobe is an unflattering tribute to Cyndi Lauper. The point is, someone was around to stop me from entering the world looking ridiculous/half-naked.

Moving out has also provided me with a new-parent mentality — suddenly the most rudimentary tools and mundane actions of daily life pose a death risk. Except, in this scenario, I’m the baby.

The shower is suddenly hazardously slippery, the oven exceptionally hot and everything looks disturbingly sharp. Not to mention the menacing task of eating, and the fact that I don’t own any furniture to self-administer the heimlich maneuver. And, ultimately, there’s the issue of being found. I’ve estimated it would take weeks. Enter, again, the fear of being pants-less.

These are the worries, and as a result, I’ve become extremely cautious. Though most of my fears have yet to be realized, I’ve  learned a few lessons (the hard way) with the retrospective help of my sister Keryn, whose specialty is rational intervention.

“Oh my god, don’t get lonely, and try to cut your own hair again.”