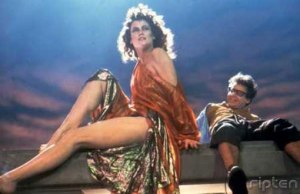 Journalism, in search of a key master.

Following days of continuously inundating televisions, mobile devices, airwaves and newsstands with developments of the hunt, initial reports of the capture of teen-man Dzhokhar A. Tsarnaev cited the same source — a tweet from Boston police.

So, who needs journalists?

Relaying information secondhand has always been part of the job. The reporter, simply put, collects, analyzes and distributes information, and his/her success is often at the mercy of those who fall into the universally respectable category of “authorities.”

But if the authoritative voice is able to transmit the message directly, and reach mass audiences without involving a pesky notebook-toting interloper, do people really need   news organizations to repeatedly force feed the same 140 characters?

Journalists do more than regurgitate press releases! They provide valuable insight into worlds otherwise unavailable to a public that demands accurate information and integrity!

While monitoring several different television and radio stations this week, I heard a warning repeated: Don’t believe everything you’ve read on social media. This was inevitably followed by a series of facts prefaced by “Here is what we know.”

The we here is key. News organizations  are clinging  for dear life to the role of gatekeeper  as they desperately attempt to stay relevant. They warn against unconfirmed reports roving the wily social media landscape, while conspicuously clawing for a respectable way in.

The Internet beast demands speed and volume, and in many ways has shortchanged reporters — who are afforded infinite space but scarce time to explore subjects — and the public, who is flooded with more information than it can possibly handle.

Journalism’s metamorphosis is ripe with opportunities. It’s just that no one’s figured  out how to tame the beast. Many a brave App has tried and failed.

Of course, reporters who are able to seek out and confirm new information, who are able to dive deeper than a Facebook status are important, and will always be important. The trick now, as the world continues to change,  is persuading everyone else that this is the case.